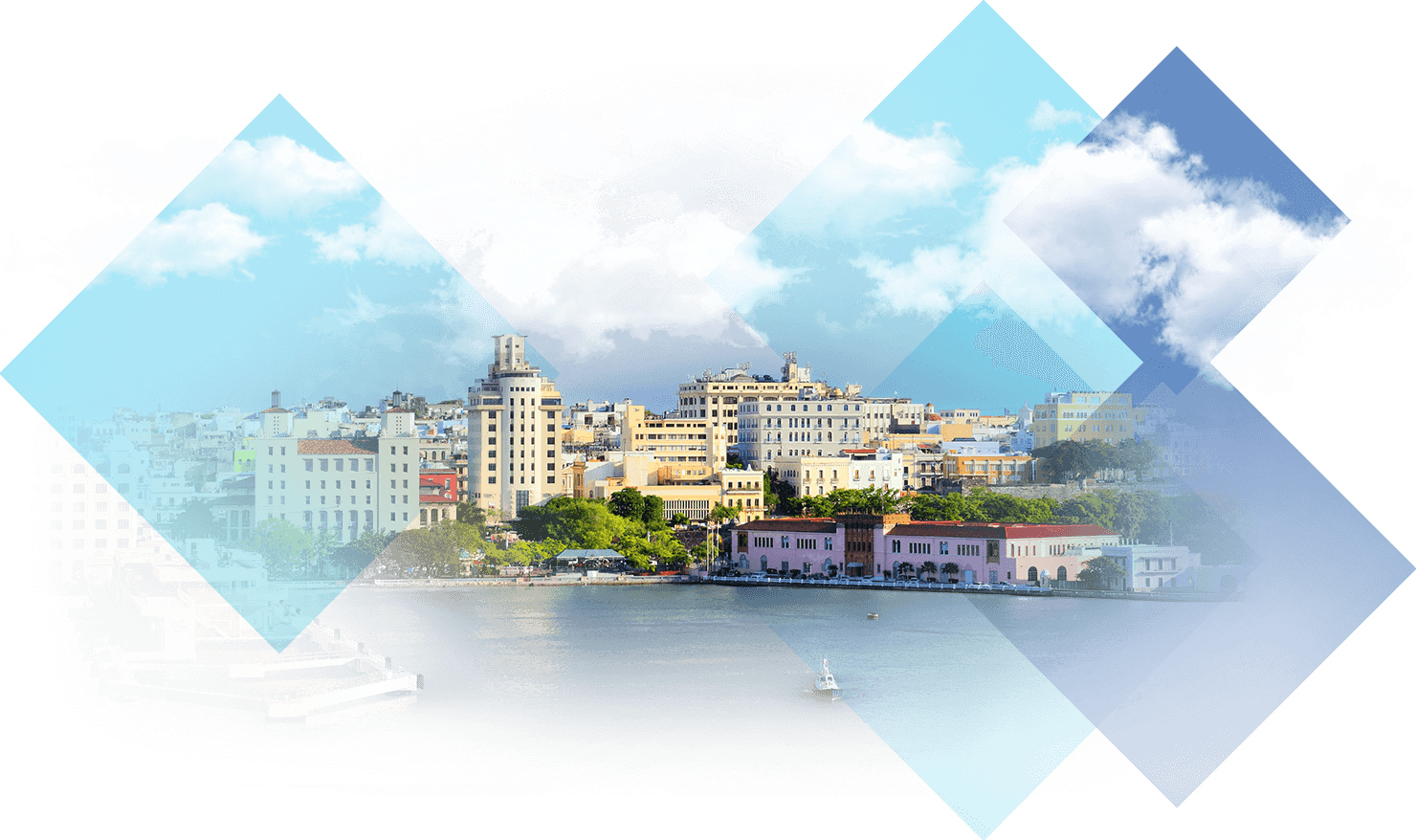 For your convenience, this website contains the most recent financial reports, official statements, credit ratings, debt management policies and other fiscal information relating to the debt portfolio of the government of Puerto Rico and its instrumentalities. Please check this page often for up-to-date information.

AAFAF provides certain information relating to Puerto Rico’s outstanding bonds and notes to the Electronic Municipal Market Access (EMMA) system, operated by the Municipal Securities Rulemaking Board (MSRB) each year. AAFAF also provides notices of any “material events” to EMMA. You are encouraged to review the information related to the Government’s outstanding bonds and notes made available through EMMA.

Background on Puerto Rico and PROMESA

The current Governor, Pedro R. Pierluisi, was sworn into office on January 2, 2021for a term ending in January 2025. The Legislative Assembly consists of a Senate and a House of Representatives, the members of which are elected for four-year terms.

The people of Puerto Rico are citizens of the United States but do not vote in Presidential elections and are represented in Congress by a non-voting Resident Commissioner. Most federal taxes, except those such as Social Security and Medicare taxes, are not levied in Puerto Rico.

Puerto Rico has faced an unprecedented fiscal emergency for the past decade as a result of, among other things, economic decline, accumulated operating deficits and excessive borrowing. In response to this crisis, Congress enacted the Puerto Rico Oversight, Management, and Economic Stability Act (“PROMESA”) in 2016. PROMESA is codified at 48 U.S.C. §2101 et seq.

The statute establishes an oversight board, within the government of Puerto Rico, with certain statutorily defined and limited governmental powers, a process for restructuring debt, and expedited procedures for approving critical infrastructure projects in order to address public debt and other financial obligations in Puerto Rico. Among said oversight board’s powers are certification of a fiscal plan and budget for covered territories, instrumentalities and public corporations.

The Financial Oversight and Management Board for Puerto Rico was established on August 31, 2016 (the “Oversight Board”).

A copy of PROMESA is available here.

A critical facet of PROMESA is its mechanisms for restructuring public debt. PROMESA has two titles dealing with debt restructuring: Title III and Title VI.

Title III of PROMESA establishes an in-court process for adjusting the debts of Puerto Rico and other United States territories modeled after the process by which municipal entities can adjust their debts under chapter 9 of the U.S. Bankruptcy Code.

In order to qualify as a debtor under Title III, the Government or any of its instrumentalities or public corporations must satisfy three criteria (the “Title III Requirements”): (i) have an oversight board established for it or be designated a “covered entity”; (ii) have the oversight board issue a restructuring certification under PROMESA section 206(b); and (iii) “desire to effect a plan to adjust its debt.” PROMESA § 302.

The result of a successful Title III case is the confirmation by a United States District Court judge of a plan of adjustment of the debts of the debtor. The Oversight Board has the exclusive authority to file and modify a plan of adjustment prior to confirmation. See PROMESA § 312. In order to be confirmed, a disclosure statement for a plan must have been approved by the District Court and sent to creditors, and votes on the plan must be properly solicited from creditors holding claims that arose before the commencement of the applicable Title III Case.

Upon the confirmation of a debtor’s plan of adjustment and it becoming effective, the debtor is discharged of all of its debts pursuant to Bankruptcy Code section 944 (as incorporated into Title III of PROMESA) and implements the plan according to its terms, which includes the process of providing distributions to certain creditors as provided for in the plan.

Title VI of PROMESA allows voluntary “Qualifying Modifications” of bond debt (or other financial debt) through a collective action mechanism that binds dissenting creditors to an agreement reached with a super-majority of creditors.  If a “Voluntary Agreement” (i.e., a Restructuring Support Agreement) exists between a government issuer and a bondholder group, the Oversight Board must certify that the agreement conforms to the issuer’s certified fiscal plan and provides for a sustainable level of debt (or is limited to an extension of principal and interest payments for one year). Thereafter, the Oversight Board must certify the Voluntary Agreement as a “Qualifying Modification” under either the “Voluntary Agreement Process” or “Consultation Process.”

Under PROMESA, the Oversight Board is authorized to establish “Pools” of bonds based upon relative priorities. Under the Voluntary Agreement Process, to obtain Oversight Board certification, each creditor in a class or “Pool” must be offered the same consideration and the RSA must be executed by a majority of bondholders. Under the Consultation Process (i.e., where there is no consensus from a majority of bondholders), the Overnight Board must also find that the proposed modification is in the best interests of the creditors and is feasible.

In addition, the District Court’s order approving the Qualifying Modification is “full, final, complete, binding, and conclusive,” and not subject to any collateral attack in any court or other forum. PROMESA § 601(m)(2).

You are now leaving the Puerto Rico Fiscal Agency and Financial Advisory Authority (“AAFAF,” for its Spanish acronym) website and are going to a website that is not operated by AAFAF. These links are being provided as a convenience and for informational purposes only; they do not constitute an endorsement or an approval by AAFAF. AAFAF bears no responsibility for the accuracy, legality or content of the external site or for that of subsequent links. Contact the external site for answers to questions regarding its content. Additionally, AAFAF is not liable for any direct or indirect technical or system issues or any consequences arising out of your access to or your use of third-party technologies, websites, information and programs made available through this website. When you access one of these websites, you are leaving our website and assume total responsibility and risk for your use of the websites you are linking to.

AAFAF Investor Relations Disclaimer and Conditions of Use

The AAFAF Investor Relations site provides certain general information about the government of the Commonwealth of Puerto Rico (the “Government”) and its political subdivisions or instrumentalities, and their outstanding bonds, notes and other obligations.

The information is provided for informational purposes only. It is not a summary or a compilation of all information material or relevant to any particular transaction, bond, note or other obligation. It does not purport to include every item that may be material or relevant, including, without limitation, to you or your particular circumstances, nor does it purport to present full and fair disclosure with respect to any financial transactions, bonds, notes or other obligations related to the Government within the meaning of applicable securities laws and regulations. There is no assurance that the information contained on this site does not contain typographical or other errors or omissions that may have occurred in converting the original source document or other source materials to electronic format.

Because of the possibility of human and mechanical error as well as other factors, the information in this site is provided "as is" without warranty of any kind, including, but not limited to, implied warranties of merchantability, fitness for a particular purpose, freedom from contamination by computer viruses and non-infringement of proprietary rights. In particular, no representation or warranty, expressed or implied, is made or to be inferred as to the accuracy, timeliness, adequacy, legality, usefulness, reliability or completeness of this information. Neither AAFAF nor any of its agents, officers or employees shall be liable for any use of the information described and/or contained in this site. In no event shall AAFAF or its agents, officers or employees be liable for any direct, indirect, incidental, special, exemplary or consequential damages or loss of profit however caused and on any theory of liability, whether in contract, strict liability or tort (including negligence or otherwise) arising in any way out of the use of this site, even if advised of the possibility of such damage. This disclaimer of liability applies to any and all damages and injuries, including, but not limited to those caused by any failure of performance, error, omission, interruption, deletion, defect, delay in operation or transmission, computer virus, communication line failure, theft or destruction or unauthorized access to, alteration of, or use of any record, whether for breach of contract, tortious behavior, negligence or under any other cause of action. This disclaimer applies to both isolated and aggregate uses of the information in this site.

Any addresses or links to other websites which may be contained in this site are given only for the convenience of the viewer. AAFAF has not participated in the preparation, collection, compilation or selection of information on any such other website and assumes no responsibility or liability for the contents of such websites.

THIS SITE AND THE INFORMATION CONTAINED HEREIN IS NOT AN OFFER TO SELL OR THE SOLICITATION OF AN OFFER TO BUY ANY SECURITIES, NOR SHALL THERE BE ANY SALE OF SECURITIES IN ANY JURISDICTION IN WHICH SUCH OFFER, SOLICITATION OR SALE WOULD BE UNLAWFUL PRIOR TO REGISTRATION OR QUALIFICATION UNDER THE SECURITIES LAWS OF SUCH JURISDICTION. Investors wishing to purchase securities must do so from a registered broker-dealer. Persons considering purchasing securities may obtain a copy of the applicable Official Statement from their broker-dealer.

Viewer Acknowledgement and Agreement: By accessing the information on this website, you agree that you have read and understood all of the terms, conditions and provisions set forth above and have agreed to use such information subject to such terms and conditions, including the disclaimers and limitations on liability set forth above. You are also acknowledging and agreeing that any use of the site and the information contained herein shall conform to all applicable laws and regulations and that you shall not use the site or the information contained herein in violation of the rights of any third parties.